THE “MILL” over time

“Joseph T Shepley came to Sheldon Springs from Newport in 1894. He was born in Groton, Mass on March 29, 1846. J.T. Shepley built the first part of what later became a larger pulp mill. As early as 1895 the Missisquoi Mill produced ground wood pulp. At one time the Mill contributed $100,000 annually to farmers of Vermont for spruce logs. In 1904 J. T Shepley was elected to represent Sheldon in General Assembly.” 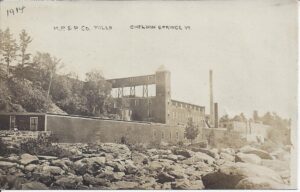 “The Mill became incorporated as the Missisquoi Pulp and Paper Co. in 1912. Herbert E Raymond, who was born in Cambridge, Mass became the designer and builder of the plant in 1912. Those who incorporated were A. P. Ramage, Herbert Raymond and George C Gill. Gill invested $50,000 to begin the work of installing the first paper making machine. Herbert E Raymond was responsible for general management, engineering and mechanical development. His official title was President. He was especially proud of the fact that his company was able to operate continuously throughout the depression, frequently on a reduced basis.” 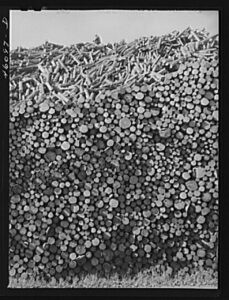 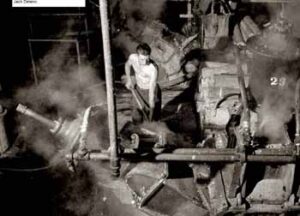 Jack Delano working at the mill

“250 men were employed at this mill with three shifts operating day and night with the exception of Sundays. During World War II the mill was seldom shut down, unless repairs were needed. Some jobs had only two shifts with men working in twelve hour tours. The 250 men were earning $350,000 for their work each year.”

“The manufacture of cardboard and Bristol board of various types and weights were made. Some of the paper was converted into finished products at its subsidiary, the Fonda Paper Co. at Utica, NY. A large part of the theater tickets used throughout the country had their origin in Sheldon Springs. Much of the paper manufactured in Sheldon Springs was shipped to all parts of the country and to many foreign countries. “ 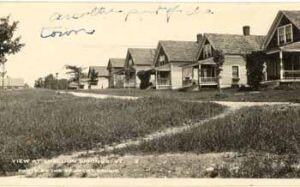 “At first Sheldon Springs was called a ‘company town’ because the Company built nearly all the houses, maintained a store and several community buildings. The tenants were provided with electricity and water. (Not drinking water) Thus the Company ownership served to bring back a considerable amount of money paid out in wages.” “Many of the Company’s houses were sold in 1972” 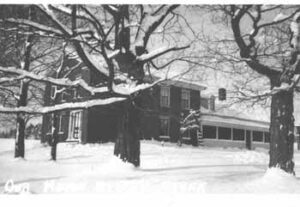 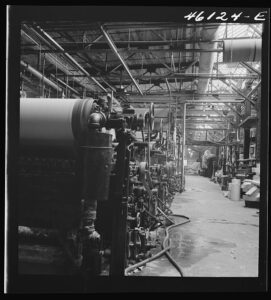 “The second paper machine was installed in 1924-1927. An addition was added to the finishing department in 1928.

“Many changes have occurred since the original pulp mill began operating. Water was the main source of power. Around 1980 the plant began generating its own electricity using water power; later coal and petroleum fuel were used.”  The mill has recently beefed up its hydro generation and added solar generating panels in the field next to the mill.