The area we describe as the East End actually consists of two parallel tracts of land divided by the Missisquoi River.

Running east out of the “Creek” on the south side of the Missisquoi past the Kane Road and East Sheldon, the road continues on into Enosburg after crossing Duffy Hill Road.  This area contains historically houses and farms, one former large church, one cemetery, and the village of East Sheldon. 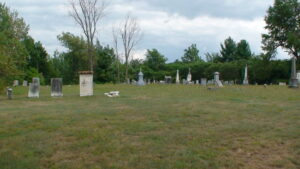 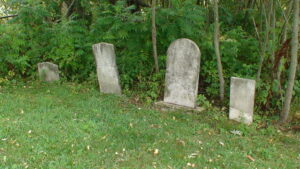 Located on the East Sheldon to “West Enosburg or Duffy Hill Road” intersection this burial ground occupies a small hillside on the south side of the road about 1/2 mile from the center of East Sheldon and next to the Parent farm. It is easy to find but also easy to drive by. According to Find A Grave the cemetery has a total of 240 memorials, however it does not appear to be that many stones in place. It is in poor condition with several stones tipped over, some buried in the ground. The oldest stone apparently reads 1802. 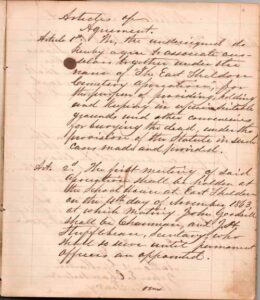 This book, in the possession of the Historical Society, bears the title “Book of Records of the East Sheldon Cemetery. This page in Art 2 indicates that the first meeting of the association was held on November 4, 1863. John Goodsall was the chairman.  The last entry in the book dated June 16, 1888 is for the annual meeting. It is entirely in ink and quill a represents some difficulty in reading. 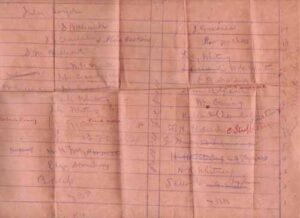 The image to the left is a partial scan of the East Sheldon Plot Map showing the numbers and locations of sites and based on the directional coordinates of N,W,S,E. We did not attempt to compare it with the stones during out visit.

Pictures of stones we photographed on a visit in August 2018 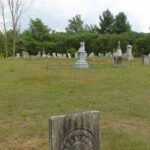 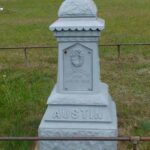 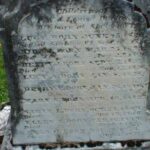 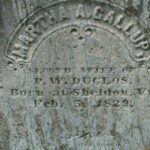 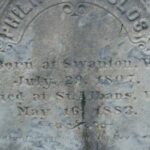 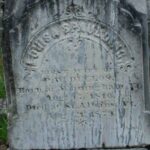 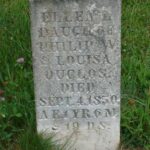 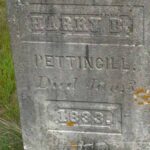 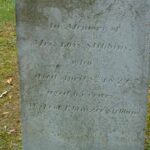 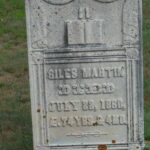 Running east of of the “Junction” on the north side of the Missisquoi along the former Central Vermont Railroad corridor, the Vermont Route 105 drive contains a number of historic barns, the once village of North Sheldon, the former Missisquoi Campground, at least two private burial grounds and one cemetery.