After a long hiatus from celebrations likely due to economic hardships and war, the People of Sheldon decided to celebrate with a parade on July 4.  The photos below show some of the parade filmed from a drive way on Bridge Street. 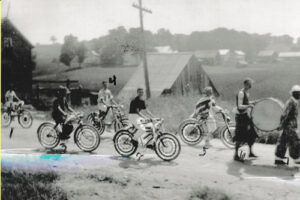 On bikes are 1. Mark Crampton, 2. Bob Gray who died in a German prison camp, 3. Aubrey Brier, 4. Carroll Crampton, and 5. Phil Curtis. All of the bike riders became WWII veterans. The two men marching with drum were Willis Brown and Arthur Hemenway 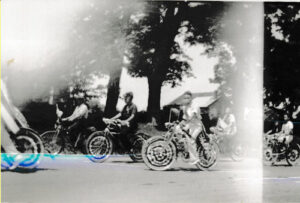 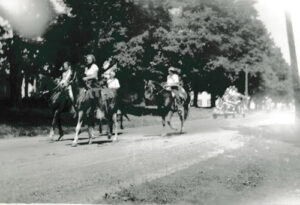 As you would expect horses appeared in the parade.

These horseback riders are the Chamberlain girls from East Sheldon. 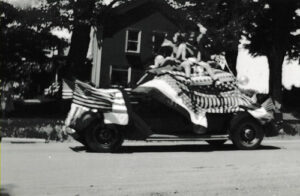 These lovely young ladies are riding on top of Doctor S’s car. 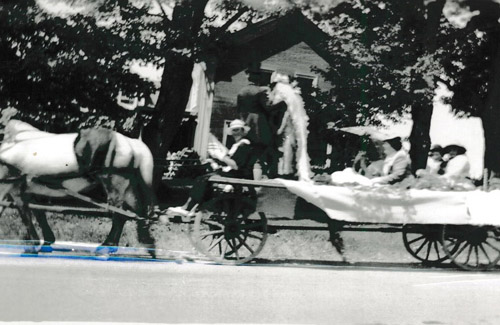